Five Preston charities are being sought to get the ‘Chance’ to star on the brand new official MONOPOLY game for the city!

Votes should be sent to info@6StarPR.co.uk before 3rd June! 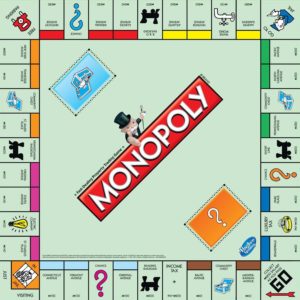 Five Preston charities are being sought from this morning (Tuesday 26th May 2020) to get the ‘Chance’ to star on the brand new official MONOPOLY game for the city.

The charities will be immortalised on the MONOPOLY: Preston Edition game.

And they will each get to take on a very starring role on their very own square – on Community Chest and Chance spaces.

“It’s our way of thanking the public for getting behind the game so very enthusiastically,” says a spokesperson for Winning Moves UK, makers of the new game under license from MONOPOLY owners Hasbro.

Earlier this year, Winning Moves UK announced – before the national lockdown – that Preston is to Pass GO for this Christmas, after seeing off a host of other cities across the UK in a nation-wide “beauty contest”.

Mr MONOPOLY came to the city to break the news. Since then the makers have been busily putting the edition together and confirm today that it will hit the shops later this year, despite the unprecedented times the nation is in.

“The official MONOPOLY: Preston Edition game is due to hit shops around the last week of this October, in time for Christmas.

“By then it will have been the most exceptionally challenging of years and we hope the game can go some way to lifting spirits in this most unprecedented of times. We have been working on this game since the start of the year and we are delighted that it will be in the shops in time for this Christmas.”

At the time of the Preston MONOPOLY announcement, the public was invited to vote for general landmarks to feature in the game. More than 5,000 nominations and suggestions poured in. Now, from Tuesday (26th May), polls are RE-OPENING for nominations specifically for charities.

“We would like to formally thank each and every person who sent in nominations. As our way of a big thanks, five Preston charities will now each get to star on their very own Community Chest and Chance spaces.”

The new game will be available at all major retailers, as well as very widely online including Amazon.

Votes for charities to feature in the game should be sent via email to: info@6StarPR.co.uk  –  polling is now underway and closes at 23.59pm next Wednesday (3rd June 2020).

Perfection is not attainable, but if we chase perfection we can catch excellence. Vince Lombardi

Get in touch with us today, using our handy form and we will get back to you!